From Soma Wiki
Jump to: navigation, search
← Return to Omicron 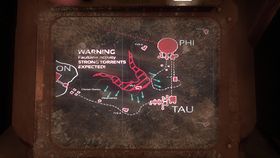 Map of the path to Tau 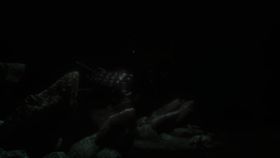 A creature encountered on the path to Tau 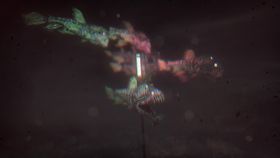 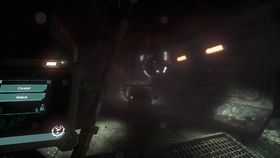 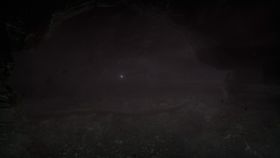 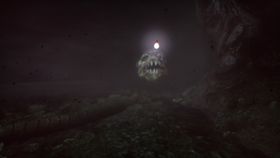 A slow moving monstrous fish with a white light

Note: There is a new monster ahead: some kind of very large fish. It attacks only if Simon Jarrett goes too far off the intended path. In this case, Simon will be brought back to the path and will awaken there. This can be done several times without Simon dying.

Warning: Up ahead, there is an extremely hostile school of fish with extremely large teeth. It takes many hits from them to knock Simon out. Once he has been knocked out, though, each subsequent hit will knock him out again and eventually kill him.

Stealth appears to be useless as a way to avoid them, as is staying near the lights. The optimal evasion strategy seems to be simply sprinting through their patrol area. Even waiting for the signs of their presence, the static sounds and visual distortion, will likely mean Simon takes a few hits when sprinting away as they swim faster than he can run.

Warning: A white round light outside the tunnel is attached to a new monster. This one moves very slowly, and avoiding it is as simple as staying several steps away. 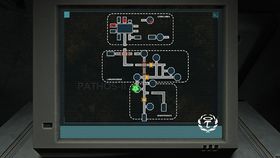 Through the first hatch 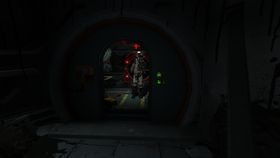 The monster inside Tau

Warning: A new monster will be encountered on the other side of the large hatch by the rotating red light. Simon can survive only one hit from this creature. Like most monsters, it will attack Simon immediately if he's within reach, but if he's out of reach, this monster will hesitate for several seconds before charging forth and attacking. If Simon keeps moving back, this monster will make short sprints toward him, but then stop and hesitate again. It seems to be possible to just keep backing away endlessly without getting hit. There are even some cases where it will simply stop and keep watching if Simon doesn't move, but this only keeps to work if Simon is a certain minimum distance away

Ultimately, when detected, avoiding a hit seems to be a matter of getting both out of sight and far enough away that it loses interest. This makes any looping or circular paths very useful. They don't even have to be very large, as Simon just needs to remain about a minimum of ten steps away. Due to its patrol, it's necessary to stay constantly alert and always keep an alternate path open in case it's necessary to lure the creature down one and take the other.

It can be possible to sprint right by it, even in the corridors and sometimes without it even noticing as long as there is enough room to get by, but this is only recommended if there isn't another option. If Simon is close to it for more than a half second, he will probably be knocked out or killed. 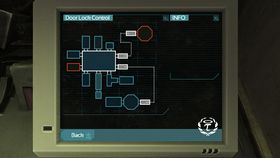 Control for the door locks inside the dispatch room 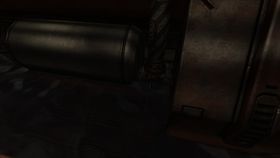 One of the flow pipes to break in the dive room 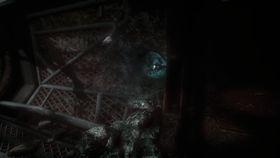 The tunnel out of the cargo tube