From Soma Wiki
Jump to: navigation, search
← Return to Lambda 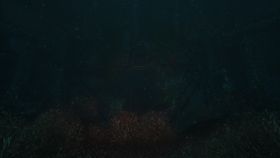 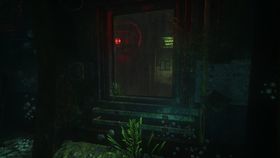 The destination for this deck seen through a window 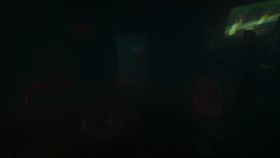 Warning: There is a monster through a window on the far side of the room accessible through the open hatch on the right ahead. It is the same type of humanoid monster found in Lambda. Unlike in Lambda, this one doesn't simply teleport out of the area at any point, but seem to resume its patrol, even if it does teleport at any point.

Simon can usually survive at least one hit from these monsters. The easiest way to evade them still remains looking away and staying out of their direct path. As long as Simon isn't trapped, it is even possible to continue moving around normally. If he is trapped, waiting the monster out will be necessary. Severe vision distortion will occur when looking at them, even through walls, providing a way to estimate their position. 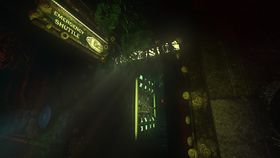 Warning: The monster, or another of its kind, is patrolling up here. Most likely it won't be encountered unless Simon proceeds too far down the corridor, but remain wary nonetheless. 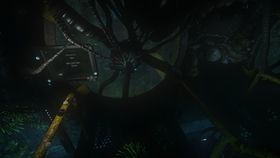 One of the Curie reactor units 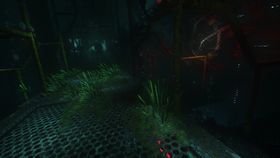 Monster appearing after the reactor sabotage

Warning: After the next actions, one of the humanoid monsters will appear. The usual evasion methods will no longer work, and Simon will be killed if caught. The monster will move at a faster pace as well. It is necessary to sprint back to the shuttle after these steps. It may be wise to retrace the steps back first. Directions won't be provided because there will be no time to read them, and they are simply the reverse of the directions used to get from the shuttle to here.